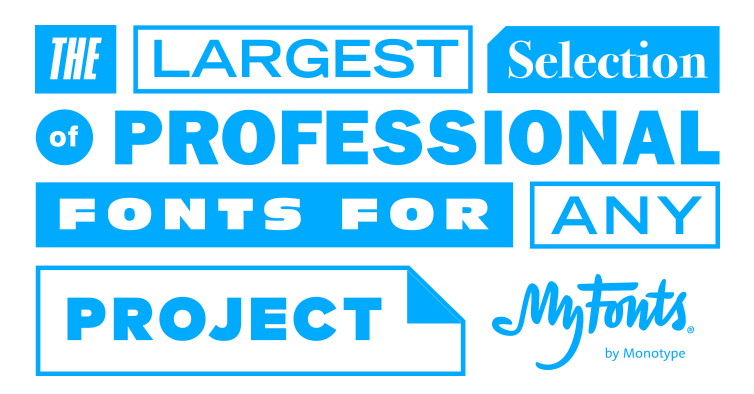 Ash is a script font hand drawn with dry brush. Ash is packed with automatic contextual alternates that keep the text vivid. Ash also has swash alternates for lowercase letters that add extra flavour. In titling alternates there’s 26 swooshes and strokes placed in a-z that can be used as underlines or just decorations. 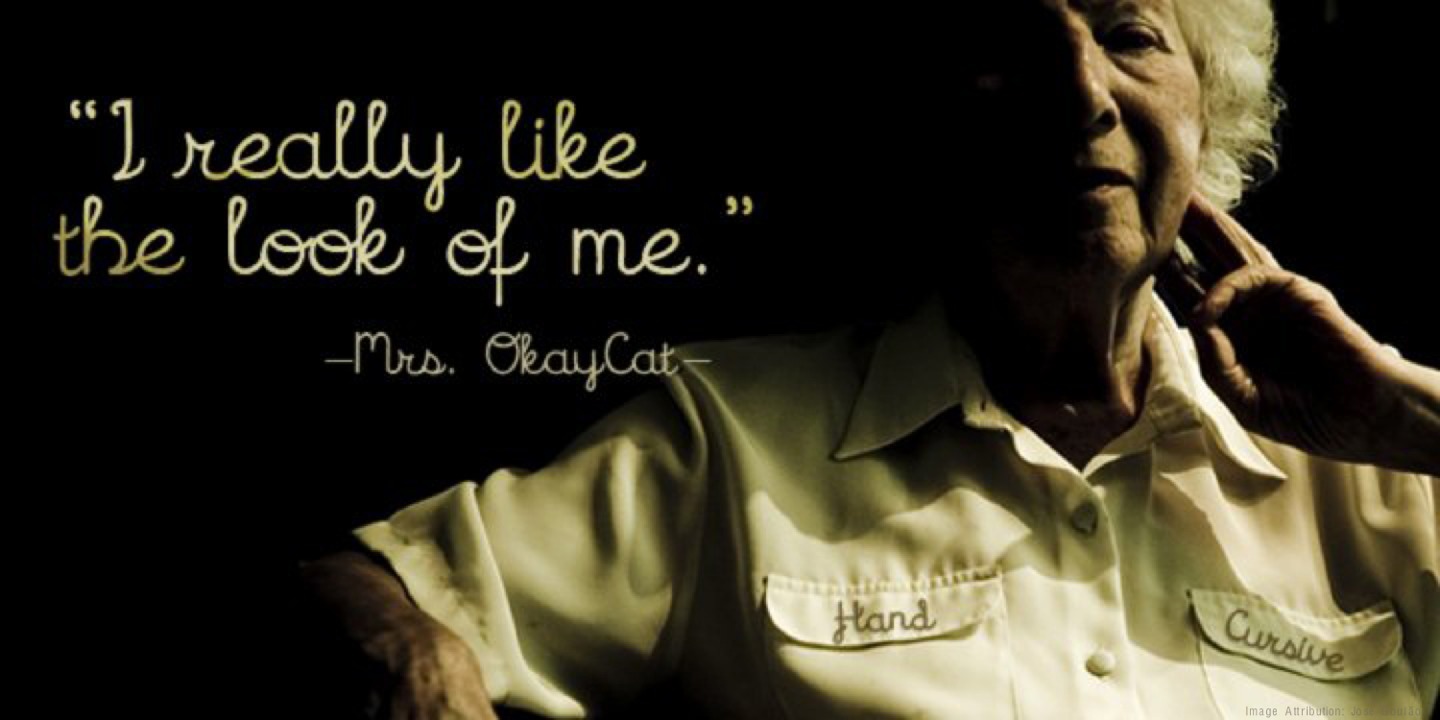 Hand Cursive design is a cute cursive font, written by hand—careful writing with a steady pen!

Fantasy draws on a series of historical calligraphic traditions: Roman capitals, Lombardic initials, enlightenment era ornamentation and refinement. The user is invited to deploy their imagination playing with the alternates, ornaments and frames in different universes like publications and stationery.Fantasy Pro is the fully-featured OpenType version with two styles of capitals and plenty of swash alternates and ornaments. Each of these varieties is available as a separate font in addition to Fantasy Std, a set of unadorned standard characters for smaller settings.Use professional software that widely support Open Type features. Otherwise, you may not have access to some glyphs.Give a touch of magic to your work!

The Verdana fonts were created specifically to address the challenges of on-screen display.

Arial is one of the most widely used designs of the last 30 years. Drawn in 1982 by Robin Nicholas and Patricia Saunders for use in an early IBM® laser printer, Arial has become a staple for textual content.

Base Monospace was designed by Zuzana Licko and published by Emigre. Base Monospace contains 12 styles and family package options. 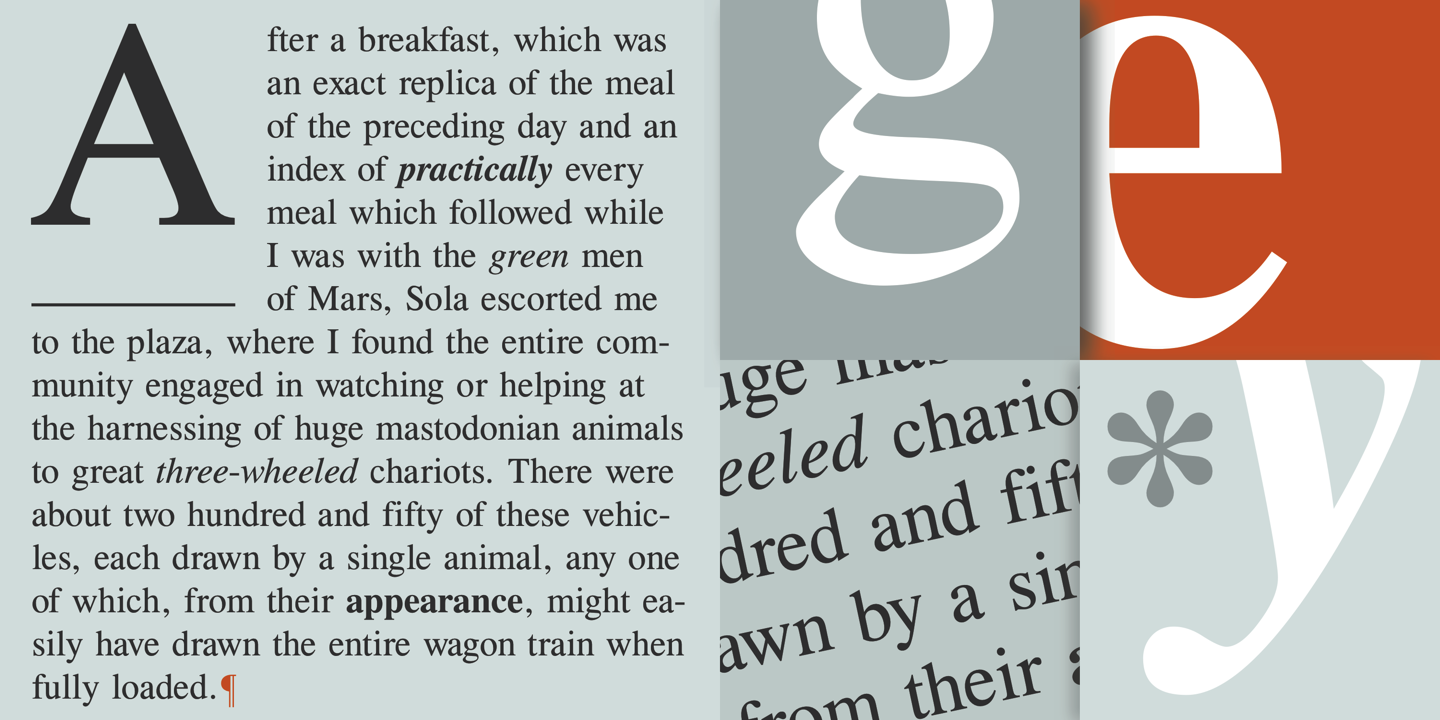 This typeface was initially released as Neue Haas Grotesk, and was designed in 1957 by Max Miedinger for the Haas’sche Schriftgiesserei (Haas Type Foundry) in Switzerland.

Designed at ParaType in 1990 by Tagir Safayev. 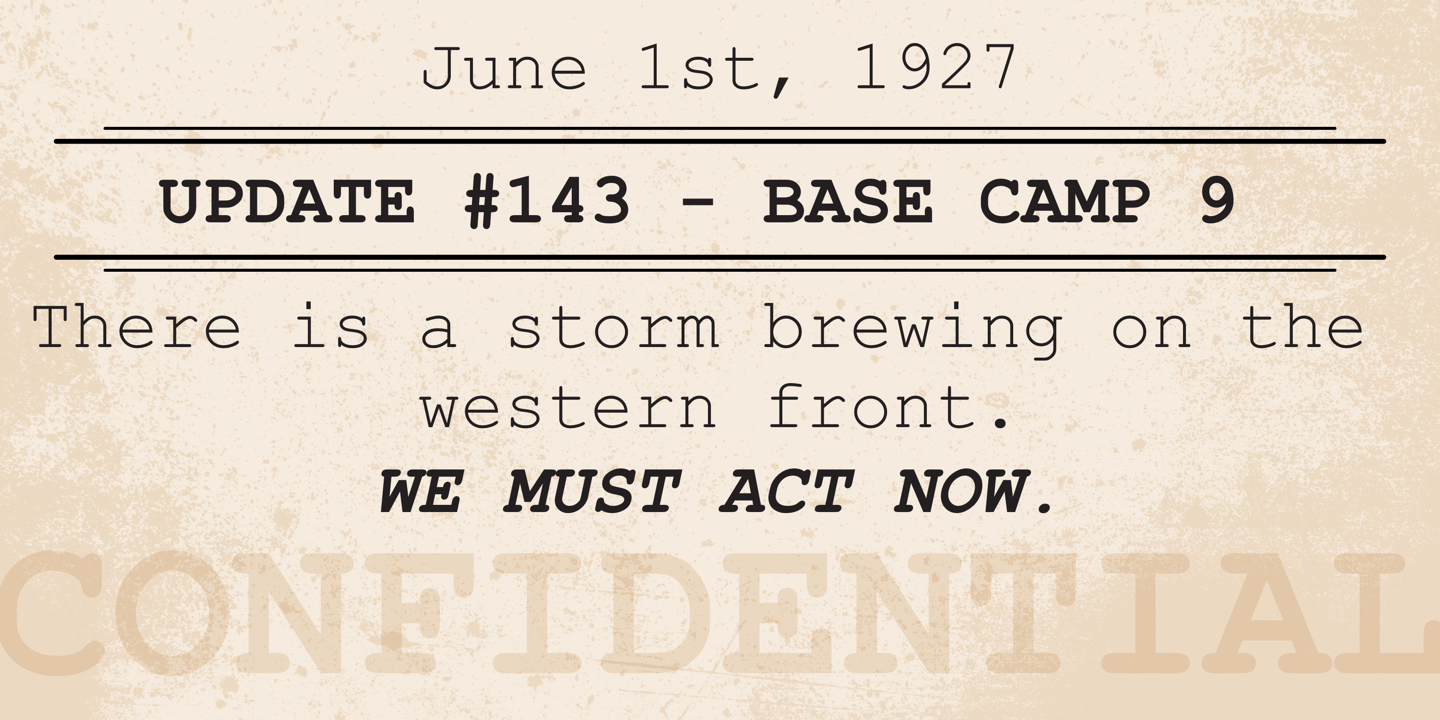 Calibri is a modern sans serif family with subtle roundings on stems and corners. It features real italics, small caps, and multiple numeral sets. Its proportions allow high impact in tightly set lines of big and small text alike. Calibri’s many curves and the new rasteriser team up in bigger sizes to reveal a warm and soft character.

Cambria has been designed for on-screen reading and to look good when printed at small sizes. It has very even spacing and proportions. Diagonal and vertical hairlines and serifs are relatively strong, while horizontal serifs are small and intend to emphasize stroke endings rather than stand out themselves. This principle is most noticeable in the italics where the lowercase characters are subdued in style to be at their best as elements of word-images. 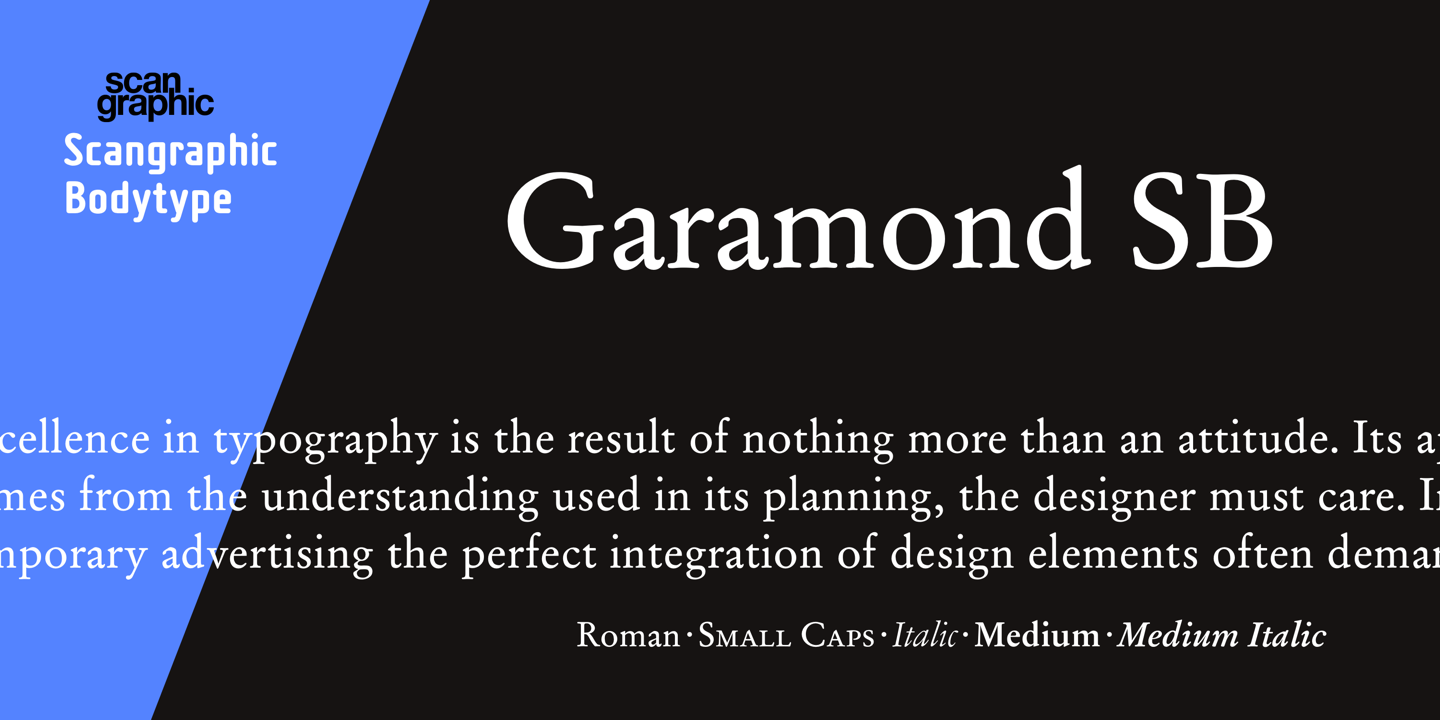 SK Monaco is a sans serif and humanist font family with a clean design. This font family, which you can use in long texts or headings without any hesitation, manages to stand out even in the most crowded environments. As you can easily use in print and web design, this is just the sans serif you need in any medium you need.This family, which consists of 16 fonts and 7888 glyphs in total, offers full support to the Latin alphabet and includes all the typographic materials you will need in your designs.

In spite of its name, this font family embodies the ultimate classic modern advertising typeface, rather than concern itself with revivalism or Didone authenticity. Naturally the spirit of the original Didot faces still exists in this family, but over twelve years of work on it have made it more fitting to the luxurious expression of our day and age, rather than nineteenth century Europe.

The Didot family were active as designers for about 100 years in the 18th and 19th centuries. They were printers, publishers, typeface designers, inventors and intellectuals. Around 1800 the Didot family owned the most important print shop and font foundry in France. Pierre Didot, the printer, published a document with the typefaces of his brother, Firmin Didot, the typeface designer. The strong clear forms of this alphabet display objective, rational characteristics and are representative of the time and philosophy of the Enlightenment. Adrian Frutiger’s Didot is a sensitive interpretation of the French Modern Face Didot. Another model for this design is the Henriade, an historical printing of the original Didot from 1818. The font Didot gives text a classic and elegant feel.

All SoftMaker webfonts come with at least 500,000 pageviews included.

This family was created inspired from the typeface models hand drawn circa 1610s by Basilius Besler (Germany) for the carved plates of his spendid “Hortus eystettensis”, a botanical manual, masterpiece of the period. 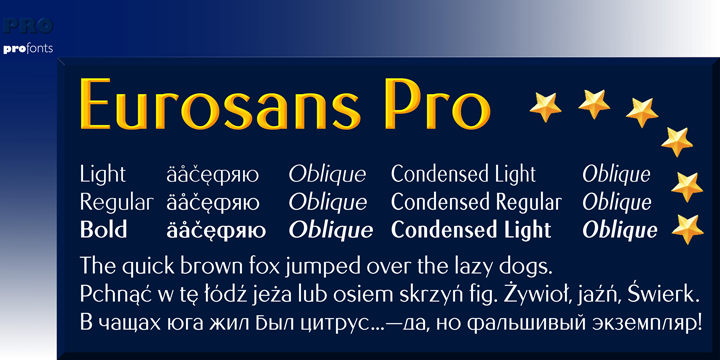 Herkaloya are Blackletter font with a full set of capital and lowercase letters, alternate, ligature, multilingual support, currency figures, numerals and punctuation.Herkaloya is perfect for Tattoo Logo, Barbershop Logo, Clothing, Music Events, Branding, and many more projects with Gothic theme. Herkaloya also provided Herkaloya Ornament to make your projects more sweet and stunning.If you need support or more information about this itemplease kindly contact me :ekahermawanputu@gmail.comThank you so muchI really hope you enjoy using it!

Signor is a soft and easygoing all caps font. Signor is very easy to use and is at its best when you need to make an impact but have a casual feeling.

Perhaps the greatest tragedy in all English history began in 1642 when, for five years, families and friends were divided by violent struggle. Respect for the monarchy was as great then as it is today; but it was squandered by Charles I and Civil War ensued.

Gold is all new for 2021, the complete family has been rebuilt using the multiple masters technique.In this new version we've removed any alternatives that could not be shared across all weights in the family and we've trimmed a few others that just were not practical in keeping a consistent look to the whole font.All the alternates now have matching accented glyphs across all weights.Case sensitive forms have also been added to all weights.With 14 weights the difference between weights are closer together which may give you the effect of a variable font where variable fonts are not supported.For technical reasons the original Gold family has now been split into two families with Gold having ten weights and the four heavier weights under the Gold Magnum family.The Gold and Gold Magnum font families support accented characters for western, central and eastern European countries.Gold comes with OpenType features to access the alternate glyphs however you will need an application such as Adobe Creative Suite to take advantage of alternate glyphs.

Padlock was designed by Hendry Juanda and published by Letterhend. Padlock contains 1 style.

Organika is a hand drawn type family of six fonts. It includes upright and italic brush script, sans and serif fonts. Because of the uneven edges, loose forms and bouncing letters Organika has an organic, friendly and casual feeling.

Chopsee Softee is the marshmallowy version of our 2017 release Chopsee. It's fun and curvaceous and comes in 8 weights with matching italics.

Allabbad typeface was inspired by one of the hand letterings that belong to the godfather of Arab graphic design, Mohieddine Allabbad. The typeface is part of the Arsheef Alkhatt Project, a platform that revives and tributes classical Arabic lettering from different resources and presents them as affordable, digital fonts for independent designers.

Univers Next was designed by Adrian Frutiger and published by Linotype. Univers Next contains 64 styles and family package options. 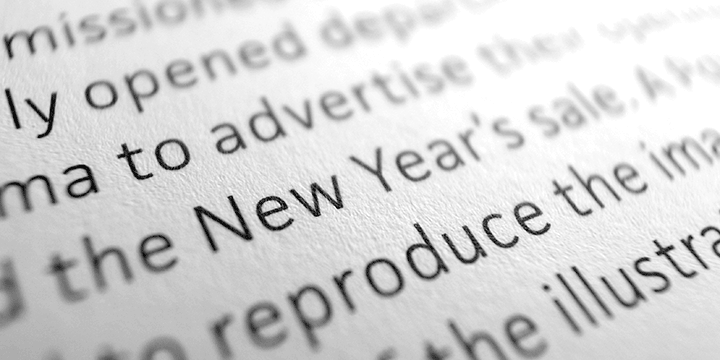 Latisha Script is a modern calligraphy design including Regular. This font is casual and pretty with EXTRAS. Can be used for various purposes. such as logos, product packaging, wedding invitations, branding, headlines, signage, labels, signatures, book covers, posters, quotes, and many more.Thank you, enjoy. 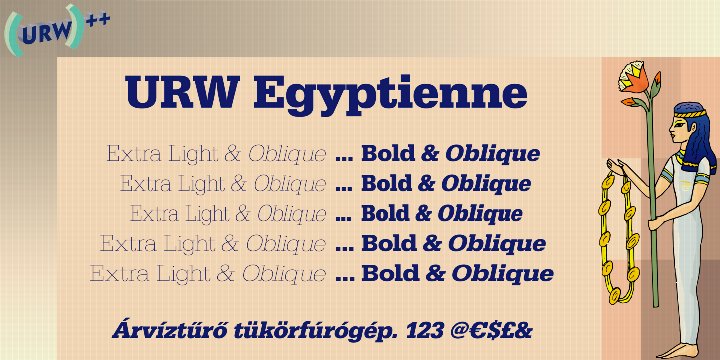 The Yasmine Mutlaq type family follows the guidelines of the Mutamathil Mutlaq type style. It has one glyph per basic Arabic Unicode character or letter. Each glyph is completely symmetrical around its vertical axis to facilitate bi-directional ordering. This family does not include any required ligatures and does not use glyph substitutions or forming but it does use marks positioning. Text strings composed using types of this family are non-cursive with stand-alone isolated glyphs. Yasmine Mutlaq employs four x-height values, two above and two below the x-axis. Its design uses curves with equally distributed weight.

The hand-lettered signage of 1920s and 1930s America produced many typographic jewels that digital type has yet to manifest. This face is but one of them.

Brokman was designed by Jonathan Hill and published by The Northern Block. Brokman contains 14 styles and family package options.

Lufga is a geometric sans serif font family with unique characters for a touch of distinction. Simple yet sophisticated, this typeface design gives a clean and modern appearance while carrying some almost retro tones. Most notably, the distinct double-story g and stemless u make it recognizable for your branding applications, and there are also stylistic alternates to help give a little different presentation when needed.With a minimal design, low contrast, large x-height, and thin through black weights (with italics), Lufga is well suited as both a workhorse text and display font for branding, advertising, packaging, headlines, magazines, websites, logo designs, and more.Lufga’s features include:Stylistic alternates (G, a, g, u, w)Case-sensitive punctuation for All CapsArrow iconsFractions, numerators, denominatorsSuperscript, subscriptWith over 600 glyphs, this font has extensive multilingual Latin language support (100+ languages) for Western, Central, and South Eastern European. 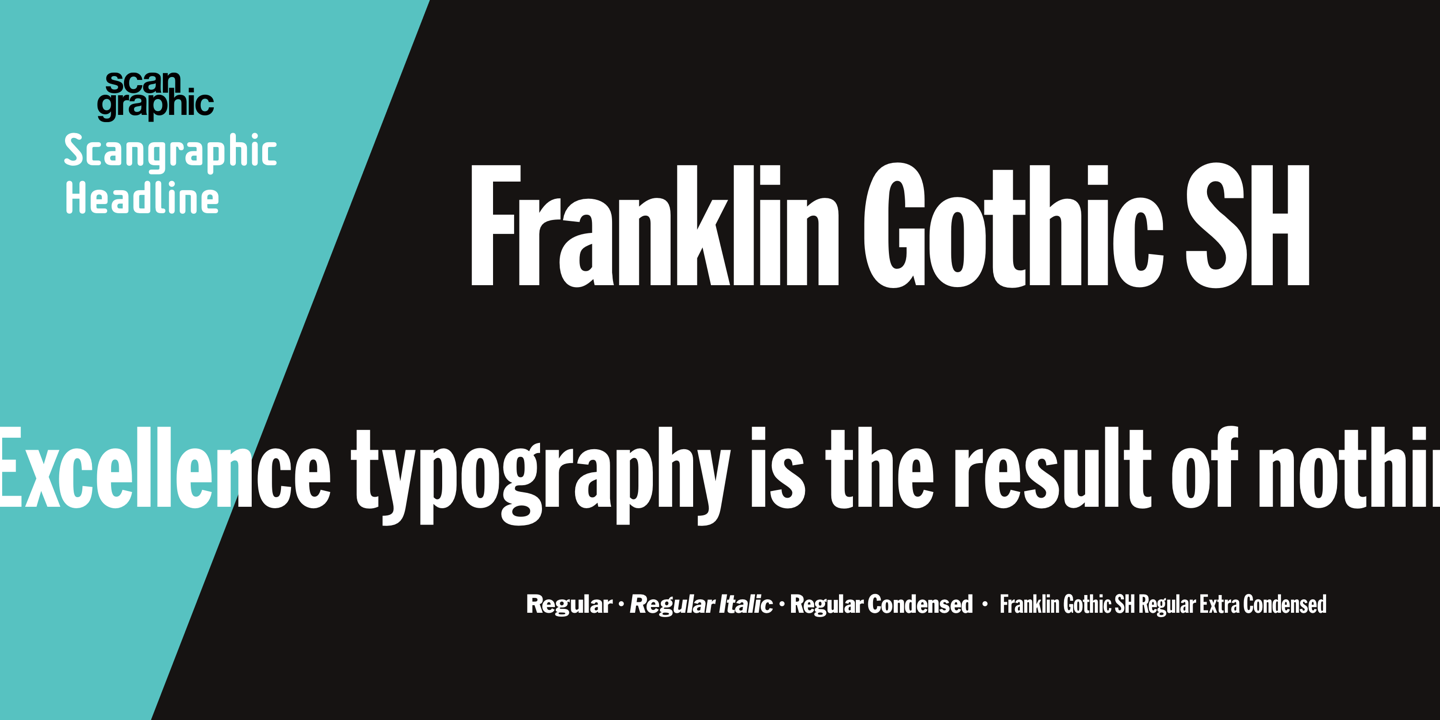 Core Sans B was designed by Hyun-Seung Lee and published by S-Core. Core Sans B contains 14 styles and family package options.

JY Ætna was designed originally by Francesco Griffo in 1495, and appeared in a book by Cardinal Bembo the following year. The typeface was re-created by Jack Yan in 1994, in time for its 500th anniversary.

I've had mixed feelings about Kabel; It is a brilliant headline font with a lot of character, but it's the characters I have problems with. The versions of all big foundries have the same flaws (in my opinion), especially lowecase a and s.